I'm Not Making This Up

I kid you not. While driving home from the baseball field, on Main Street, in town we were dive bombed by a buzzard. There it was, a full sized turkey buzzard flying down the middle of the street. It flew right at us and then swerved to the right. We barely missed it. Boy, that would have been a smelly mess. I am not hallucinating. Baby Monkey saw it too. He was so scared he dropped his snack.
Posted by Aunt Debbi/kurts mom at 3:53 PM 14 comments:

Wildflower of the Week: Winecups 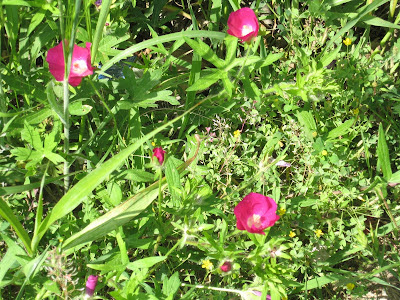 Winecup or poppy mallow - Calirhoe involucrate is a low growing sprawling perennial with beautiful wine-colored cup- shaped flowers. They are blooming all along our roadways here in North Texas.

Native Americans used the roots as a food source. The root is sweet and starchy.

I found a Native American legend, which tells of the wine cups origin. The old king was sick. Many feared that he would die soon. The doctors call the king’s oldest son to the kings bedside.

As he cried over his father, the boy had an idea. He would dance the Dance of the Winecups as a final tribute to his father.


The boy began to dance while balancing cups of wine in his palms. As he danced, he began to spin faster and faster spilling drops of wine on the ground.

The next morning he returned to his father’s bedside. He found his father chatting with friends and eating. The gods were so impressed with the boy’s dance that they had restored his father’s health. On the ground where the drops of wine fell while the boy had danced the evening before beautiful cup-shaped wine-colored flowers had sprouted. 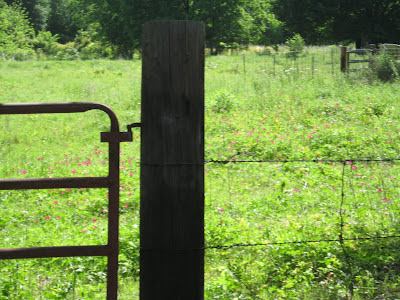 I found some great information at the Lady Bird Johnson Wildflower Center website
http://www.wildflower.org/ There is a whole section on wildflower ledgends. Check it out.

Now if you have a wildflower post or link or just something wild, leave me a comment and I will link you.

Matt and Jen at Our First Garden went camping and got some great wildflower shots. Check them out.