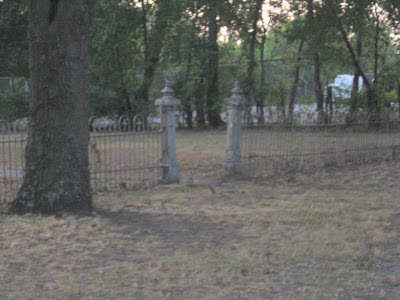 Tonight our master gardener group toured the Kaufman County Poor Farm. The farm was established in the 1880's to house and provide for the counties indigent citizens. The original farm was 408 and a third acres. Above is a picture of the original gate into the yard of the supervisors house. 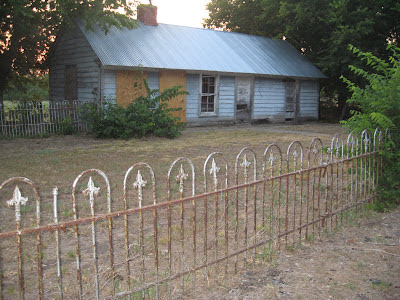 Above is a picture of the jail. This was in use through the 1950's. An inmate painted pictures on the wall. Unfortunately, we could not view the interior. 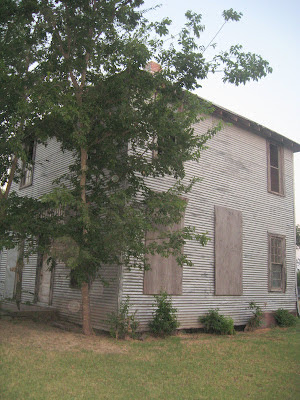 This is the only remaining original building. It is the barracks and kitchen. 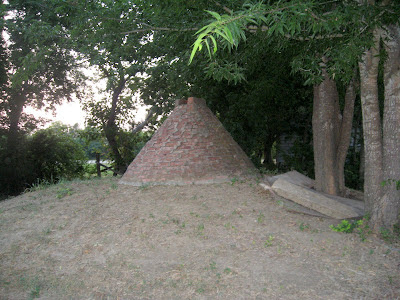 Above is a picture of the cellar. None of us had ever seen one built quite like this.
During the small pox epidemic in 1900 the Poor Farm was used as a quarantine camp.
There is a silo, lake, well, barns, chicken coop, and some old farm equipment remaining. There is a cemetery, which remains on county property, but no longer part of the poor farm. It is still in used for burials of indigent citizens.
The plan is to turn the remaining acres and buildings into a museum.
Unfortunately, there has been some recent vandalism. That will explain the boarded up windows. During our fall Scarecrow Festival, there is a ghost walk at the Poor Farm. There is also an archaeological fair held there in the spring.