The First Pair of Boots 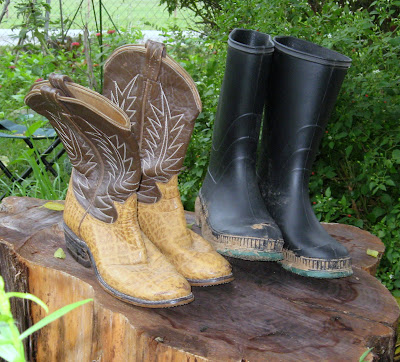 I remember getting my first pair of boots. I’m not talking about cute boots to wear to school, I am talking about my first pair of work boots. They were thick leather and tough. Those boots could stand up to Mesquite tree thorns. I needed them to ride horses and work cattle. These were no girlie boots. If I had been a boy, I’d have gotten the same kind of boots. My Dad took me to get them on our way to my grandparents farm/ranch. This was during the spring, when we had to work calves. I love those boots, still have them and they still fit. I was 13 when we bought them so that makes them more than 30 years old. They have not been out of the closet in years. I think I need to get out some saddle soap and clean them up, just for old times sake.

Yesterday, I took Baby Monkey to Eden’s Garden, the CSA farm we joined as a work share. He has had boots, but not work boots. He did not need cowboy boots, he needed mud boots. We stopped on our way and bought him a pair so he could work with we me on the farm.

After a couple of weeks of heavy rains, everything was sopping wet. We worked together in the muck and the mud. We planted 80 cabbages. I hand picked cucumber beetles and he squished them for me. Finally, he picked some tomatoes while I planted some beets. He seemed to enjoy himself, and it was much less messy that working cattle. It was muddy, but at least it wasn’t muddy, bloody and smelly. 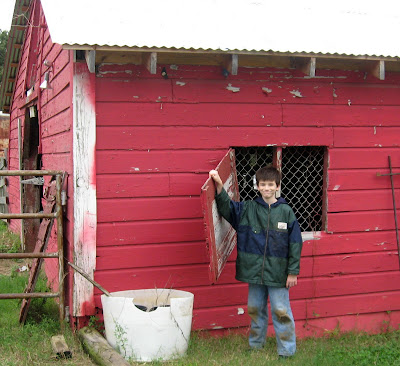 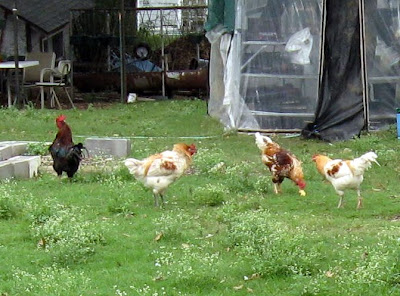 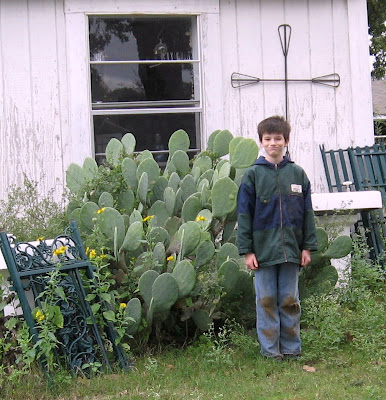