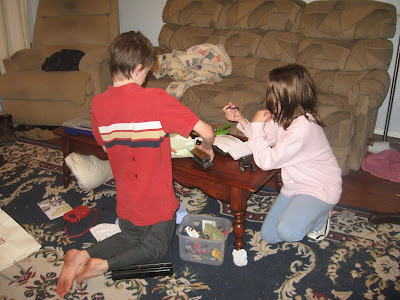 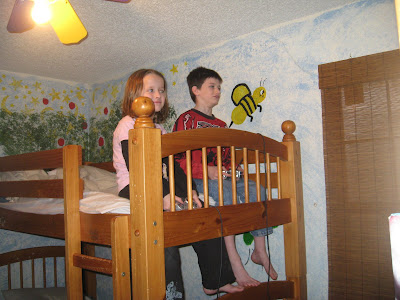 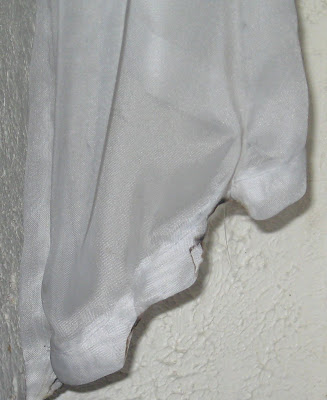 Have you ever been stuck in the house with four kids, two cats, three fish, and an obsessive compulsive German shepherd? I thought not, that would only happen in my life.

I have nieces #2 and #3. They are out of school for the holidays, but their mom and dad must work. So they are visiting us. Normally, this is not an issue. They usually play in the yard for a while, play inside for a while and generally keep themselves busy.

Today it is really too cold and too wet to play outside. Did that stop them? NOOOO. Instead they went outside and took the dog with them. They saw that the top of the water garden had frozen over and felt sorry for the fish. They broke the ice, scooped out the fish, and brought them inside in a mixing bowl. Then they let Abby back inside after she ran around the yard and got as muddy as possible. Guess what she did when she got inside, just guess...she rolled around on my newly shampooed carpet. Nice.

After getting the fish out of the house and the dog in her kennel, I discovered that someone had caught the bathroom curtain on fire with a candle. I am pretty sure it happened last night, but still.

Finally, they all settled down to playing games and making a Christmas card for their Aunt who has to return to New Mexico tomorrow.

This is only the second day of Christmas break. There are still twelve days left. Will the house get burned down? Will I go completely crazy? Will the animals end up running the household and raising my children? Stay tuned.
Posted by Aunt Debbi/kurts mom at 1:55 PM 13 comments: