Somebody from Idalou, Texas read my blog today. I don't know who you are, but I am naming the white bunny after your town. I love my site meter. One time someone showed up from Katmandu, too cool.
Posted by Aunt Debbi/kurts mom at 4:25 PM 15 comments: 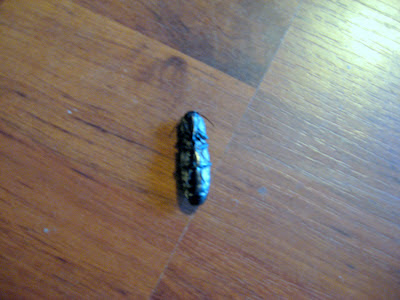 It has been a critter filled day here at Aunt Debbi's Garden.

The temperature is below 90 so out into the garden I go. The chore list includes weeding, spreading compost, and killing weeds in the pathways with boiling water. Smells a lot like cooking spinach. Why would anyone every cook perfectly good spinach and make it into a green gooey mess? It is so lovely as a salad.

The first visitor we noticed was a giant swallowtail butterfly. It was sipping nectar from the zinnias. We check the lemon tree to see if it had laid any eggs. Instead of a bird poo looking caterpillar, all we found was actual bird poo on the lemon. Too bad, maybe later

The next visitor was a two lined skink. It was not actually a visitor. Baby Monkey kidnapped it from a neighbors house and brought it home. I made him release it in the garden after the poor things tail fell off. 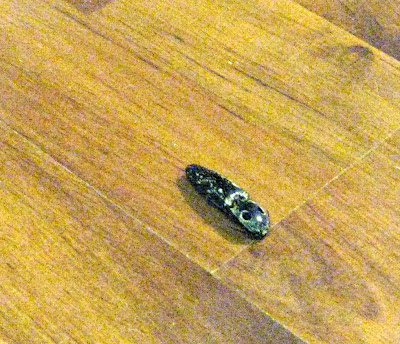 I came back into the house to put the pot back on the stove to boil when I noticed something large and dark on my shoulder. It moved when I tried to brush it off. I asked Middle Monkey to identify it. He starts screaming, "It's a giant cockroach." I find myself dancing around the kitchen screaming, "GET IT OFF, GET IT OFF!!!!" He runs for a towel yelling, "This may hurt." Not sure what he was planing on doing. About the time he took a swipe at it with the towel I hear a loud click. Praise the Lord it was not a giant cockroach. It was a black and white click beetle. We played with it for a little while and let it go on the deck.

On further research I find that the click beetles larva eat corn plants. Hmmm, maybe we should have let it go someplace else.