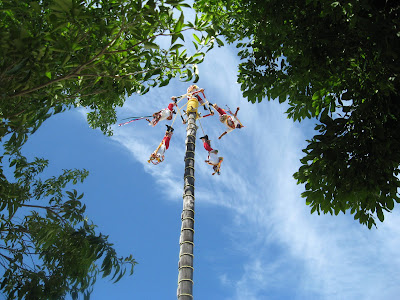 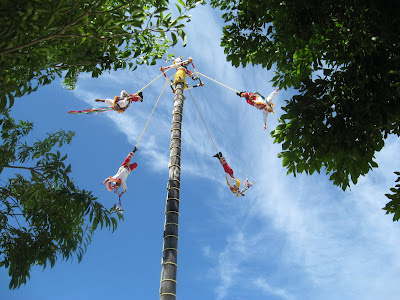 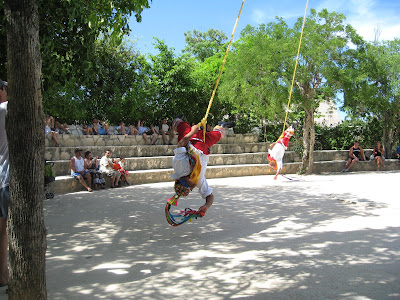 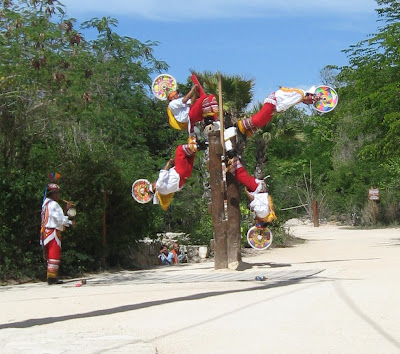 I was feeling a little blah today, so I looked back through our vacation photos. The pictures above were taken at the Xcaret Echo Park. The performance is the four bird men. They climb up and descend from the Universal Tree. The music for the performance is played on pre-Hispanic instruments. This is a form of worship to the sun god. The four men represent the four elements. I couldn't find anything about the other spinning activity, but it looked really cool and dangerous.
The head guy, the one who played the instrument and stood on top of the poll while the others spun down, looked like he was in his late 70's or early 80's. He climbed right down that rope like it was nothing. None of these performers were young men. I was seriously impressed.