Do It Yourself Rain Barrel 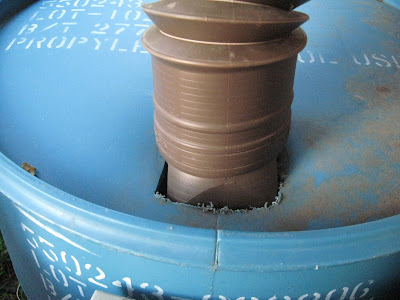 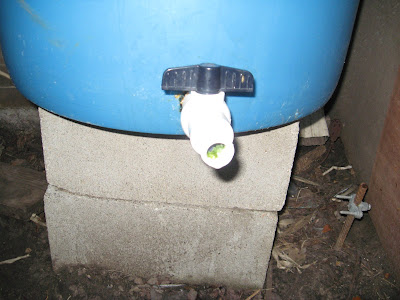 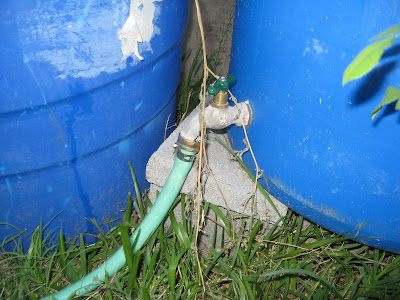 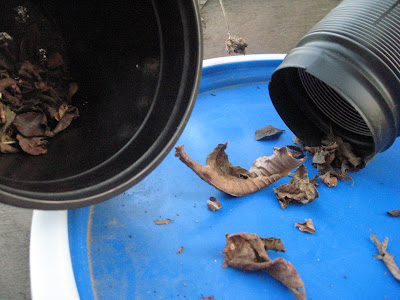 Okay, here are the two rain barrels. The first one was made by Manly. He used a jigsaw to cut the top opening for the water to come into the barrel. It was made the same shape as the down spout diverter (that brown tube) . He used a pvc tap and drilled the hole for it slightly smaller than the tap itself. Then he screwed it in and sealed it with silicone. I messed the seal up and resealed it with Gorilla Glue. It has never leaked again. This one does not have an overflow. You should drill an overflow hole at the top on one side to allow the excess water to flow out. This one just bubbles out the top and doesn't seem to be a problem. The gutters that feed this barrel are fitted with gutter guards.

Make sure you have either gutter guards or some kind of screen to keep out dirt and debris. The last picture shows the one gallon container with a screen cut out and fitted into the bottom. As you can see it works just fine keeping stuff out. The gutters feeding the second barrel are not covered with gutter guards so it needs some sort of filter. I have seen other barrels that have an open top that is covered with screen. That works fine too.

The second barrel was actually put together by our master gardener rainwater harvesting specialists. I think there is a coupling behind the water tap. It also has the overflow hole.

I am equally happy with each barrel. There are lots and lots of videos that explain this in a lot more detail than I have here. Rather than getting all technical and doing math (which I would get wrong), I suggest you google "make your own rain barrel" and pick a video to watch.

Remember though, this does not have to be all complicated. A barrel with a tap, gutters and a way to keep out mosquitoes is all you need. If you can use a drill, you can do this. They can be dressed up with pickets or 1x1 cedar boards.
Posted by Aunt Debbi/kurts mom at 6:19 PM 8 comments: