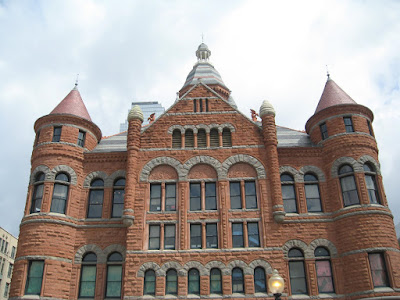 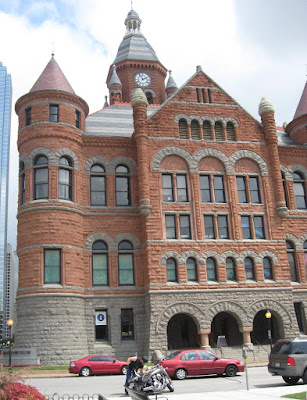 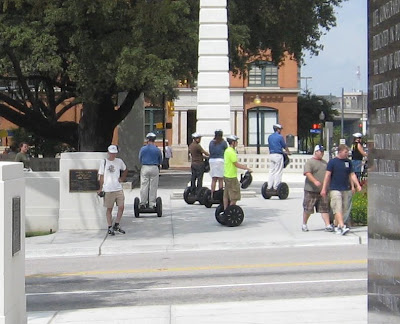 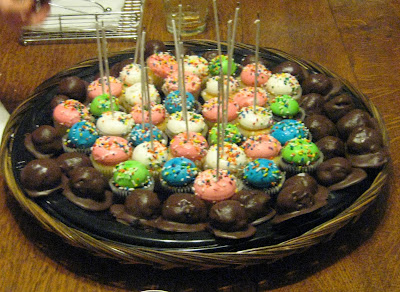 Ever have one of those perfect weekends? This weekend was a close to perfect as I can ask for.

I am off on Fridays, so Friday is the first day of my weekend, but then I have to work on Saturday so my weekends are sort of split up. Not this weekend, but we will get to that.

Friday morning, another master gardener and I went to the Middle School, which is aptly Middle Monkey's school. We met with the Environmental Club's leader and the principle. The meeting was to discuss putting in another rainwater harvesting set up. The leader and the principle were enthusiastic. Looks like another 500 gallon tank has a home.

After that meeting, I went to work at the CSA farm, Eden's Garden, in Balch Springs, Tx. I am a member on a working share. Nothing much is being harvested right now and mucho mulch has to be spread. The farmer, Marie, is a very interesting person. We are in the getting to know you phase and are sharing our stories. She actually asked me, "So, what's your story?" I like that kind of directness. I wouldn't have twenty years ago, mostly because I wouldn't have had a story, but at this age, I've got stories. We both come from large families; her's Italian American, mine mostly German American (but mixed). One of the other working share members showed up with hilarious stories about why the Rooster, Snowball, is a jackass. Apparently, Snowball likes to wander off and get himself in trouble. Very enjoyable few hours or hard work and lively conversation.

Lunch time arrived, and I had to skidaddle as I had a hot date with Manly Man. We took the motorcycle, I now have named Silver, to Dallas and ate lunch at Jimmy's Deli. Jimmy's has the most awesome sandwiches to be had in Dallas. I won't say it is as good as po boy's in New Orleans, or the monster sandwiches at Carnegie's Deli in New York, but still, the best sandwiches to be had around here. It is also a full on deli with lovely foodie treasures on every isle. We were on the motorcycle and could not buy anything, which is probably for the best.

Following lunch, we took a ride through down town Dallas. If you have never ridden through a large city on the back of a bike, I strongly suggest you do it at least once in your life. I was able to really look around at a city I have been familiar with for most of my life. I love old buildings and there were plenty to oogle. I asked Manly to take me to the old court house. If you look at the pictures, you may recognize the location of a national tragedy. Yes, we went down to Dealy Plaza. I have never actually gotten out and looked a Dealy Plaza. I have driven through it countless times, I should have gotten out earlier.

The old courthouse, now a museum, is a beautiful building. I love old courthouses and will be boring you with many more of them. I am actually seeking them out now, instead of just being happily surprised when I accidentally come upon one.

If you look close in the second picture of the courthouse, you can see Manly with the bike. The next picture is of a Segway tour of Dealy Plaza. The tour puttered past us and then looped around about the time we were ready to saddle up and ride off. Then there was the Segway vs. Silver coolness smack down. The first Segway rider declared that her ride was cooler than ours. A few guys back commented on the relative coolness of Manly's helmet vs. his. It was a bicycle bike helmet for Pete's sake. The final man on the tour pointed at Silver and then at his Segway ride, and commented "It just isn't the same." Before it was over, I was laughing so hard I couldn't get on the back of the bike.

Friday evening we celebrated Teenage Monkey's birthday. Mamala made sweet and sour pork. She learned this recipe from a maid who worked for her family while they were stationed in Formosa. This is the real deal people and about the best stuff ever. She did pull the "You need to come over here and learn how to make this before I die or you will be sorry" guilt trip. So I guess I am going to learn how to make authentic sweet and sour pork, poor me;)

I took Saturday off so Middle Monkey and I could participated in the Trinity River Trash Bash. 70 or so middle school and high school kids and a handful of adults split up into teams and picked up trash along the stretch of highway that leads up to our branch of the Trinity River. There were prizes for weirdest thing picked up, overall quantity picked up, and highest quantity of recyclables picked up. We allowed our team to rob the bottles and stuff out of the baseball diamonds trash cans, giving us an unfair advantage. Hey, we kept them out of a landfill.

The weekend would have been totally perfect if it wasn't for giant mosquitoes. I can't get out in the garden because of the awful beasts. All this rain has set up the perfect habitat for them.

Hope you had a great weekend too minus the mosquitoes.
Posted by Aunt Debbi/kurts mom at 4:32 PM 6 comments: