Home Run and a Sock Rebellion 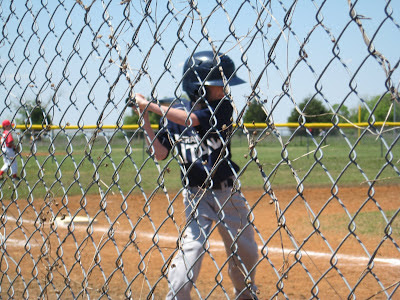 We just hope Opa doesn't find out about the hand sign. Opa is an Aggie and will be hurt. Sister#2 will be pleased. She is a Longhorn. The family rivalry will begin again and it is not even football season yet. One time, at a brother's A&M graduation, Sister#2 and her family wore burnt orange shirts and gave the Hook Em' Horns sign instead of saying cheese during pictures with the graduate. It gets bad fast. Wisely, I went to UNT and can avoid all the insults and craziness.
Now I will completely change the subject. Earlier today I admitted that I hate to fold socks. This is all VP's fault with her meme. Anyway, many of my bloggy buddies have strong feelings about socks. I put up that poll over there on the right. If you have strong feelings about socks, vote. Do not bring up black socks or any socks for that matter worn with sandals. We will not go there. It is universally wrong. Long live the sock revolution.
If the spacing is messed up on this post, it is bloggers fault. I did everything I could to fix it.